How I became a Biker in Lombok by thisamericangirl 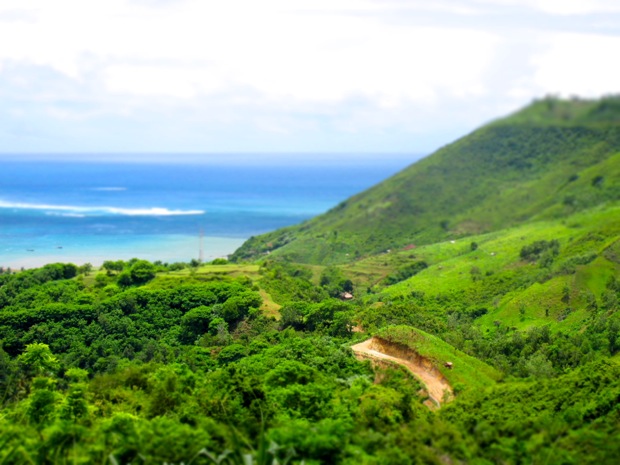 As I crested the rolling green hills, the expansive ocean swallowed the horizon. My eyes scanned the endless sea of cerulean and turquoise, combed with frothy white streaks that crashed into the shore. The palm fringed coastline snaked in the distance revealing grassy knolls and golden sand coves. My hand gripping the ignition, the wind blowing through my hair, I felt as though I could live in that moment forever.   I was driving a motorbike for the first time, by myself, on Lombok, an island just East of Bali in Indonesia. 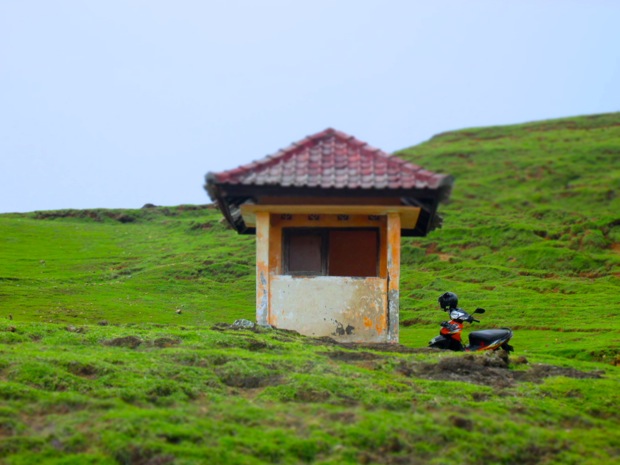 That morning Madi, my neighbor in the small beach community of Kuta on Lombok’s South coast, watched patiently as I tested my balance on the bike. Driving one terrified me, but I knew that to experience the less developed outskirts of Kuta, I would need to learn to drive one. I was in Indonesia after all, a place for adventure and exploration. At the height of the rainy season, the small road that led to my rustic bungalow in the middle of a rice field had become a mud track with deep trenches. I revved and slid and fell often. An hour later Madi deemed I was ready. He pointed to the main road and with a smile he pointed right. It was time to venture out on my own. 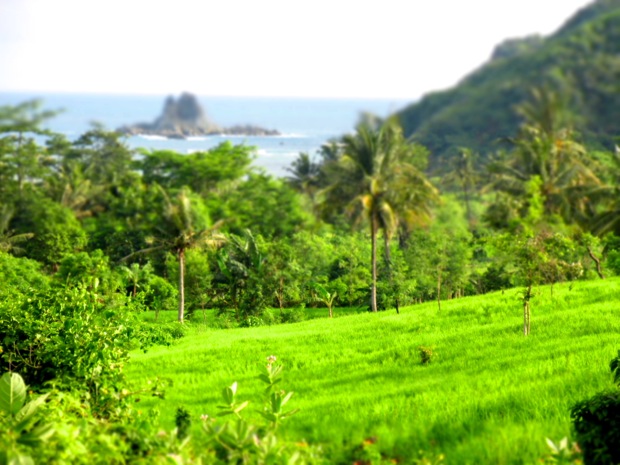 Taking sharp corners up and down the green hills,  I breathed deeply to combat my fear. “Don’t worry, about a thing. ‘Cause everything little thing, is gonna be alright,” I sang to myself over the hum of the exhaust pipe. It had been stuck in my head for days; the one and only band in Lombok had been playing Bob Marley songs nightly. Despite my terror, the smooth, paved road felt surprisingly easy after sliding over potholes and dodging trees on the muddy stretch where I learned. 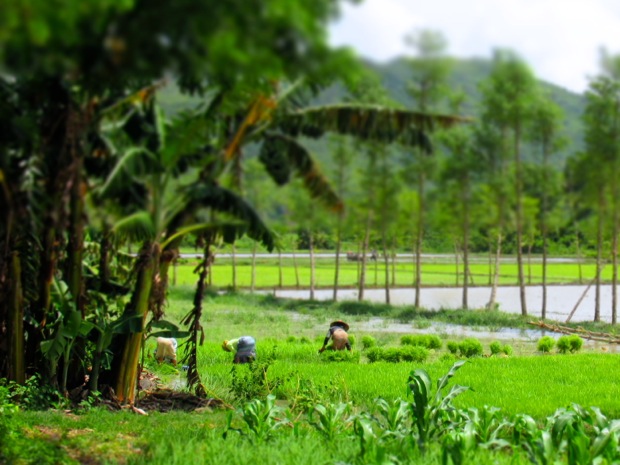 I continued through the countryside towards the surf beach Selong Belanak, an hour from Kuta along the South coast. I rode through expansive rice fields with jungle-covered mountains in the distance, workers bending between the rows in conical hats. Local children ran from their homes to shout and ave; some even stuck out their hands for me to touch. Water buffalo bathed in swamps and occasionally crossed my path. Cows, goats, chickens, and dogs lay contently in the grass under the sun. Clouds rolled in, the sky opened up, and as quickly as the downpour drenched me, I became dry from the sun once again. 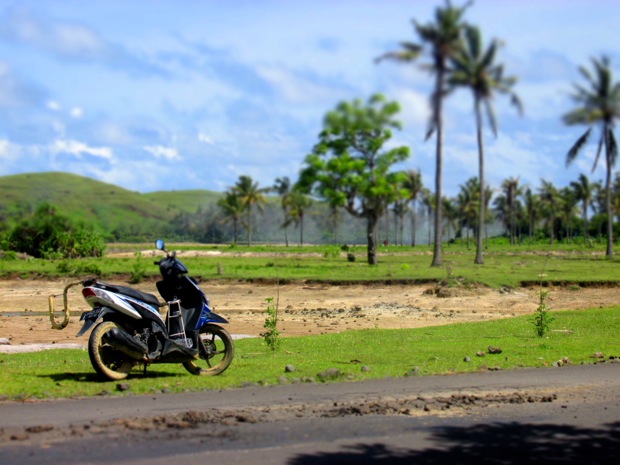 I approached a sharp decline and descended on my brakes, immediately slipping on mud painted across the pavement in a slick thin coat. I dropped the bike as I fell, hopping to my feet, the engine still revving. Two men rushed over to pick up my bike and bring it safely down the hill. I stood unscathed, though coated in mud, and an older woman invited me into her home to rinse the dirt from my feet and legs. 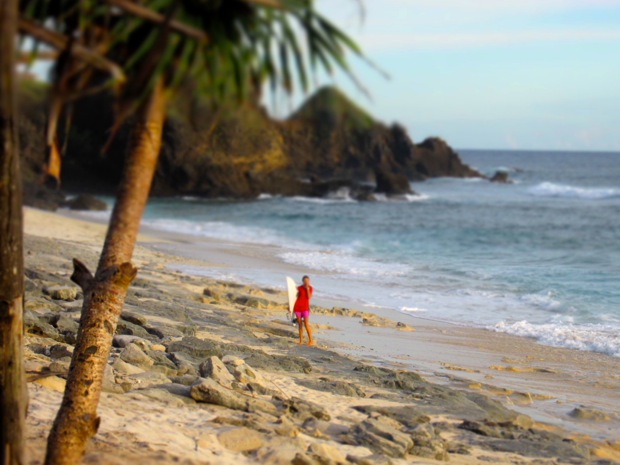 A few miles later Selong Belanak greeted me with its white sand and blue ocean flanked by jungle cliffs. In that moment I felt the incredible freedom that came from conquering my fear. I reached my destination and I was still alive. I had driven a motorbike and I had fallen, and everything had been ok. So I walked over to a surf shack, rented a board, and swam out into the ocean to face yet another fear.

original article can be found on https://www.thisamericangirl.com/2015/04/14/became-biker-lombok-indonesia/